All indications point to 2019 being a watershed year in retail, and the goings on this past week at the NRF Big Show 2019 were no exception. Every year, in the bitter cold of mid-January, thousands upon thousands of retailers, brands, technology companies, media, etc. descend upon the Jacob K. Javits Convention Center in New York to immerse themselves in the anything and everything of retail. In past years, the annual pilgrimage called to mind a lemming-like ritual where the ultimate destination was the retail apocalypse graveyard, but this year there was a different feel in the air. The Javits Center, rather than feeling dead and stale, by the end of my four days in New York, had come to life like the flower pot at the end of E.T. 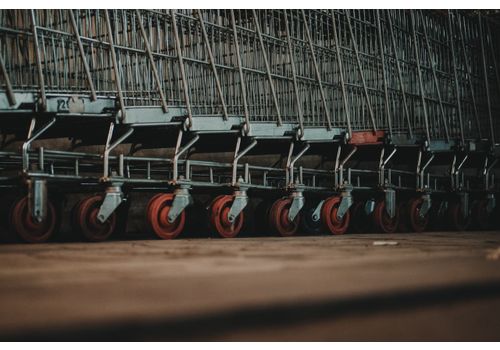 The big bad adults with their keys dangling on their waists -- i.e. the legacy retailers, the inflexible technology incumbents, and even the old media -- appeared to be losing their places in line, while new ideas, companies, and visionaries began to permeate the trade show floor, giving hope that something soon will arise that will fly the entire industry atop its bicycles, over the roadblocks in front of it and across the moon on its way to a safe landing and a happy ending.

However, getting there will be no easy feat, So, as is customary and for the sake of magnanimity, here again for 2019 is my serious and sometimes comic review of all that was Good, Bad, and Ugly at NRF's Big Show 2019. My sincerest hope is that it continues the dialog, furthers the cause of change, and possibly even makes you smile to yourself as you read the explanations surrounding my unexpected optimism and also my continued pleas for progress.

Alibaba won this year's show hands down. Their presence was palpable in a great way. Alibaba is setting new definitions around the future of retail. Its concept of New Retail, of letting the customer choose his or her own adventure, is right on.

The case in point: its Freshippo (formely known as "Hema") supermarket in China. The Chief of Staff to the Hema CEO, Xulin Guo, packed the house to start Sunday morning. His speech was standing room only. Freshippo, as I have discussed before, is groundbreaking. You can click here for further background or check out the video below:

Freshippo showcases shopping as an innately social activity—an activity of sensation, discovery, and camaraderie—while buying remains the act of simply acquiring something. One activity can be done completely without the other, all of which was on display during Xulin Guo's speech as well as at the Freshippo booth throughout the show (as seen below):

The most telling statistic that consumers want to interact in a more personalized manner with physical spaces is that 60% of all sales from Alibaba's Freshippo mature stores (stores that have been open at least 18 months) are generated online!

Given the choice, Chinese consumers welcome a digital interaction, either at home or while out in the world, because, when done well and in the manner of a remote control, digital makes their lives better. It enables them to avoid standing in line, not to have to carry product home, or simply to choose on demand what fresh meat and seafood they would like prepared for them in just moments.

Pepé Le Pew May Be Leaving the Building

I wrote in last year's Big Show recap of how the trade show floor came across like a Brooks Brothers convention stuck in a time warp, and how my business partner and I were witnesses to some unflattering displays of misogyny, like men at booths offering me their business cards but her only flyers to after parties.

Well, I am proud to say, this year was entirely different. NRF stepped up its game. Pepé Le Pew, the famous animated misogynist, may be beginning his exit stage left.

The Female Quotient's Girls' Lounge was upfront and center at the entrance of the Javits Center; incredible women, like Rebecca Minkoff, Mindy Grossman, and Tina Sharkey, took the stage; and I didn't see one "booth babe" the entire time I was at the show!

While there is always still progress to make, 2019 was a marked departure from 2018. Kudos NRF!

This year the startup and innovation hall was bigger and badder than ever. I was blown away by a number of smart young entrepreneurs and companies who were unvarnished and unwavering in their passion to change the way common wisdom works. One entrepreneur in particular left me gobsmacked - Stacey Ferreira.

Named a Forbes 30 Under 30 recipient at age 23 in 2016, Ferreira see angles my Generation X, ever-crisping-neuroplastic brain never could, no matter how hard I try to impersonate Samuel Taylor Coleridge writing Kubla Khan.

Ferreira started a company in high school, has written a book, 2 Billion Under 20, that started a movement and community of the same name, and now she is the Co-Founder and CEO of Forge, a startup and technology platform that plans to change forever the way people work. Forge is a talent sharing and flexible scheduling software solution that allows retailers to partner together to share their part-time labor.

I had the chance to sit down with Stacey Ferreira for an in depth podcast interview right on the trade show floor of the NRF Innovation Lab. You will want to give the interview a listen here or by clicking below (even my wife says it blew her mind too -- and she is my toughest critic):

The main gist -- pretty soon retailers and other industries will be working together to pool their hiring efforts to give workers more hours to work and more flexibility in their schedules. And, don't look now, but Forge has already signed up 45 malls on its platform for 2019.

I Wanted to Rub Elbows with Industry Leaders But Not Literally

One big drawback to NRF this year, despite the energy and excitement that could be felt throughout the Javits Center, was that the event was just too crowded and there was also too much going on. Often times, sessions were closed due to capacity constraints. One colleague even mentioned that he had to carry his heavy winter coat around all day because the coat check was full, and it was also nearly impossible to keep up with all the events in the agenda.

On the first two issues, I give NRF a slight break. The Javits Center was under construction, so the organizers had less space than in previous years for their planned activities. There probably could have been more done to prevent the issues in hindsight, but hindsight being 20/20, my guess is the lessons are already learned for next year.

On the last issue, the pace of the event -- the organizers should put some energy there for next year. There need to be more deliberate networking breaks written into the schedule. These breaks should also be written into the agenda at the SAME TIME everyday. Two consistent hours should be held every morning or afternoon. That way people can say, "Oh, you want to meet? Let's meet during the networking break on Tuesday at such-and-such a time."

That would make so many people's lives so much easier and also make my flashback fever dreams of cognitive overload finally go away.

America is not San Francisco and New York City

As much as I enjoyed seeing creative displays of checkout-free and robotics technology spurred on by the frenzy Amazon Go has created, the industry does need to slow its roll somewhat. While many of the innovations on display were awesome, the initial use case and focus is very much designed around need states for the coasts and busy urban professionals with a higher willingness to pay.

Little, if any, attention was paid at the show to innovations that could help people between the bookends of San Francisco and New York City. I saw sparks of it in upstart companies, like ShoppingGives, which makes social giving a priority by enabling retailers to become philanthropic centers for their communities, but overall there is so much more unexplored ground in how technology can come together to stretch budgets for the good of America and to bring back the ethos of the "local store" for the good of all involved.

All of which is also why I gravitate to Alibaba's platform so much too. Examine the Freshippo video closely above and one can see the areas within which savvy leaders can insert new forms of financing, new forms of charity donations, and new forms of togetherness. These innovations are what America really needs far more than the ability to speed through checkout on one's way to satiate his or her cravings for the yuppie delight that is a chicken banh mi sandwich at Amazon Go, while on a lunch break from a white-collar job.

As I wrote immediately prior to the show, Macy's is a long shot to stick around for the long haul. The exhibition on stage at the show on Tuesday morning only bore this point out even further.

What I had high hopes would provide insight into where my line of thinking from my article might be wrong, I came away from the panel discussion, led by Macy's CEO Jeff Gennette and consisting of Macy's newest toys -- Rachel Shechtman (Story), Vibhu Norby (b8ta) and Beck Besecker (Marxent) -- even more certain of my position.

The entire discussion seemed scripted and inauthentic, and the members of the audience with whom I spoke would have loved to have heard from Gennette himself rather than from the almost cue card like nature of the panel. But still with all that said, one point in the discussion really left a mark on me.

It was when Jeff Gennette asked the panel what lessons they each had learned from working alongside a company like Macy's. Contained within each of the responses, one could sense the struggles of integrating with a "big company" (my quotes). Vibhu Norby even went so far as to say that his company was having to adjust to how much longer it takes to do everything.

And, therein lies the problem. The Macy's ship cannot be turned around incrementally. Story, b8ta, and even Marxent may be the right components, but Macy's can't design its way into salvation piece by piece. Finding true longevity requires redesigning not Macy's but a department store in its entirety, fresh from the ground up, and with none of the legacy debt -- architectural, technological, and cultural -- that doing anything under the current Macy's brand halo carries with it.

Until that day comes and until that approach is taken, Macy's, for all intents and purposes, will be at best nothing more than a shell of its current self by 2030.

Given all the recent flack about HQ2 and all the news surrounding Facebook's issues, you would think companies would get the punchline to the joke about authenticity.

Amazon's presence at the show was small. There was an Amazon Web Services (AWS) booth in one wing of the Javits Center. When I approached the booth, I was told by an AWS trade show booth member that the press was not allowed to tour the AWS exhibition.

I had zero problems entering any other booth at the show as a member of the press. I strode gleefully through Microsoft to marvel at their Kroger pilot display, and even hopped, skipped, and jumped my way through the exhibits of countless others.

Oh, but not Amazon. Amazon, instead played the cards of secrecy, of distrust, and, most especially, of irony. Amazon once again showed its Achilles' heel -- that its flywheel is predicated first and foremost on moats and on growth above all else. Words like openness, transparency, authenticity, and social responsibility are rarely, if ever, part of the lexicon.

I asked Amazon Web Services to comment on this situation for this piece but they did not return my inquiry.

Fortunately, I hold out hope that there are two billion people under 20 years of age who someday will. 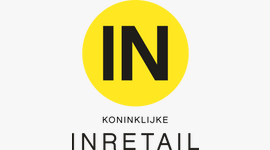 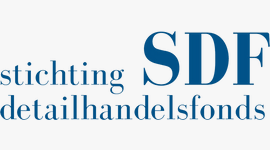 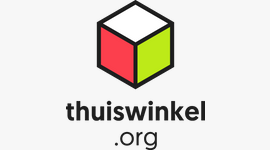 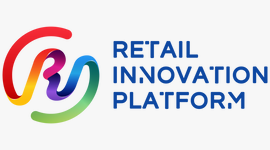 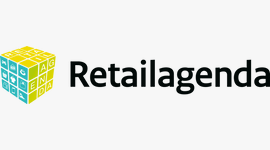 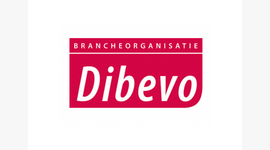 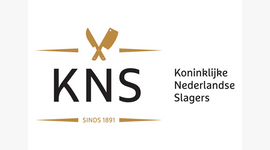 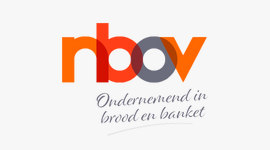 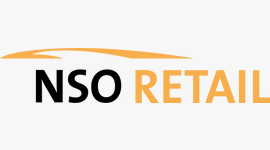 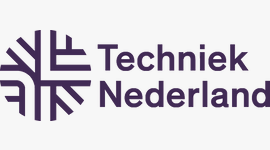 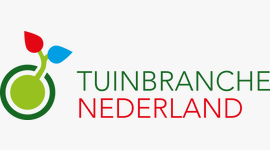 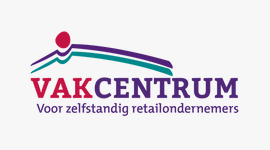 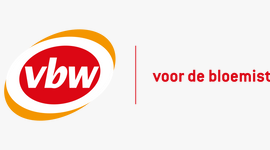